The plan was simple – to buy a car and drive to Gibraltar. We started to visualize it a few months before. How amazing it would be just to drive without worries, stopping where we want. The time was passing but we couldn’t do much except drawing a route. We changed it several times. And then one month left and there was still plenty of things to think about!

First thing: to buy a car. We were considering Volkswagen T3, then Mercedes MB100. Finally, we discovered Volkswagen Multivan which has already a bed and a table so we would save some time. Both our families were involved. Unfortunately, when there was some advertisements worth of attention, they were disappearing very fast or nobody could go. My father organized one trip to check the red Multivan, however, it wasn’t good. It looked very well on the photos. We also called the guy and ask about the condition of the car. He promised it was good to go. But it wasn’t. It was very rusty, the oil was leaking, all wheels needed to be changed and so on. I was telling myself that apparently, it wasn’t the car for us. There was another one waiting. And in fact, it was true! White Volkswagen T4 very close to our parents’ town. The owner was out of town for a weekend but on Sunday he called us back and we arranged an appointment. My father and uncle went to see it and bought it! Yay! I was at work when I got the message. I was so happy I couldn’t hide the smile. 🙂

Second: to go to Poland. I travel with Kaprys so I take the land road. Cheap airlines don’t take dogs onboard. I usually use the website blablacar. The problem is that people often post their offers just a few days ahead so I didn’t know til the end if there will be somebody going and if this person will agree to take a dog. A week before the end of August I found the ride.

Third: to modify a car. Our Volkswagen was in really good condition and the car crate was insulated with styrofoam. It looked nice. We bought OSB board and few hinges. During the weekend Jurek together with his father made a box which after opening the top converts into a bed. They made a table lowering from the wall on the string as well. We bought a sponge mattress and Jurek’s mother made us pillows and duvet cover. From a neighbor we got LED lights and the net in which we plan to keep bedclothes during the day. Generally, all is wonderful and we’re ready to start the journey!

Many people were involved in the preparations, especially our parents. Without their help, we couldn’t make it. We are so grateful to you! I am also grateful to all the others who support us in our venture. The reactions are of course different. Some don’t believe we are going to live in the 21-years-old car for a month. Others worry about safety. There are also few who would like to join. Unfortunately, we have only 3 places! 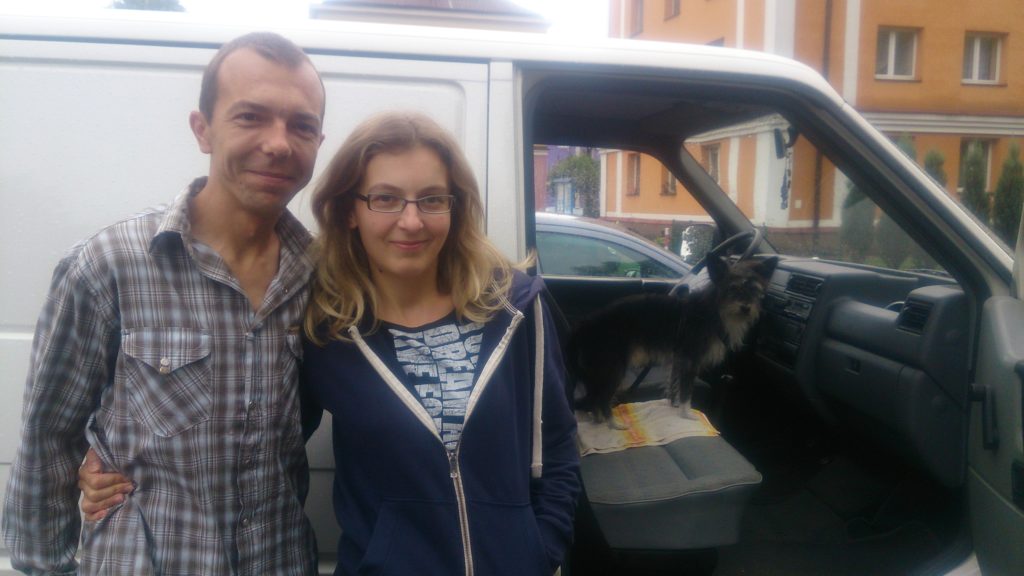